Padian Foods is a UK based independent food business located in Staffordshire. We specialise in Traditional and Peranakan (Fusion) cuisines from Malaysia, Indonesia, Singapore, Borneo, Thailand, Vietnam and other countries across the Far East and South-east Asia.

We produce authentic Curry pastes and also Spice blends from around the world. 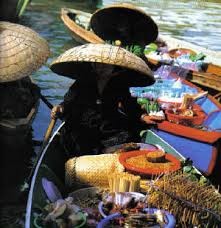 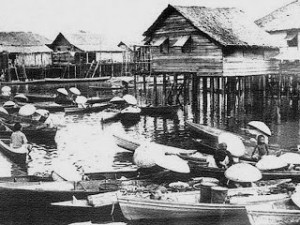 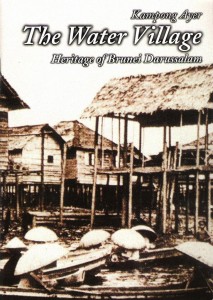 Growing up in Brunei, Aisah has vivid memories of growing up with her family’s traditional home cooking. After moving to England, Aisah had a desire to eat food from her homeland as well as the places from her travels. This has provided her with inspiration to produce her own spice mixes and curry pastes.

Aisah created Padian Far Eastern Cooking, which is now known as Padian Foods. She has searched for the highest quality spices to create South-east Asian curry recipe kits, Meal kits pack, Fresh curry pastes, and homemade spice blends and seasonings. She also offering a hard to find specialist ingredients you need to give the dishes an authentic flavour, surely to help even the novice home cook master a deliciously complex blend.

‘I remember clearly as a little girl, spending hours in the kitchen helping my dad cook, from grinding the spices with a pestle and mortar to chopping vegetables. It was here my love of cooking started and that I learned the importance of cooking from scratch.’

‘I love the ground spices that can be roasted, hand-blended to create unique flavours and the whole spices that are added to ensure depth of flavour.  I knew that making an authentic curry from scratch could take hours and I knew there must be an easier way.  So I set about trying to create a unique Meal kits pack, curry recipe kit and fresh curry paste.’

‘All my pastes are prepared using a fresh blend of natural ingredients, there are no preservatives, additives or MSG’s added. Everything has been inspired by my family’s traditional home recipes that have been passed on by generations and influenced by my travels. All made rusticly and with lots of passion.

Every day, early in the morning, boats called Gubang, Bidar or Perahu could be seen on the Brunei River. These boats were rowed by women wearing wide hats called Siraung. The women would then row from one house to another in Kampong Ayer (Water Village) selling daily necessities such as vegetables, fruits, fish and other daily supplies. Some of them also plied their wares along the jetties near the capital, Bandar Seri Begawan. A Padian was seen as a floating market selling all sorts of foodstuffs, vegetables and commodities.

Padian was a common sight on the Brunei River, so much so, it was mentioned by the famous explorer, Antonio Pigafetta in 1521 AD. According to him, Padian had been in this trade for hundreds of years.

The Padian declined due to a number of factors. By 1906, with the migration of the administration from the water village to dry land, it encouraged residents of Kampong Ayer to migrate to the interior parts. The development of the dry land and the capital brought about the existence of markets and ‘Tamu’ or smaller markets. The Padian failed to continue serving as the centre of trade as those markets on dry land began to develop. However, they have played an important role in the development of Brunei’s economy for the last 500 years. By 1980’s, Padian activities had slowed down significantly. Today, Padian are no longer to be seen, surviving only in memory, paintings and photographs. Yet the history of Padian is the history of Kampong Ayer (Water Village) itself.

Sorry, we are currently CLOSED for Christmas and New Year holidays until 4th January 2022.